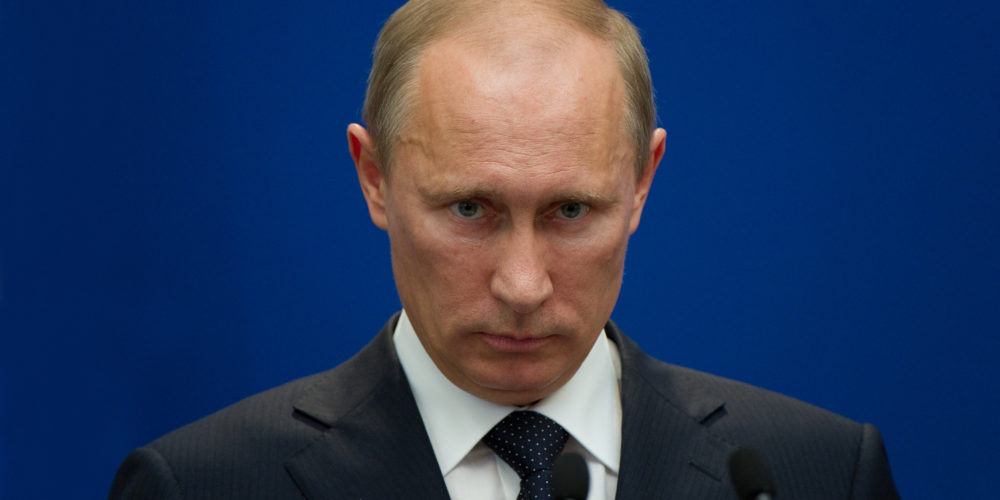 The Ukrainian term “Holodomor” has yet to enter the world’s genocide vocabulary, as “Shoah” and “Cambodia” and “Rwanda” have done. But we should hope that the world soon becomes as familiar with “the Holodomor” as it has with “the Holocaust”: not for the sake of a comparative wickedness contest and still less to deny the singular character of Hitler’s Final Solution, but to honor the victims of one of the most pitiless exterminations of a population in history — and to take from their awful fate some important lessons for the future.

Starvation is a terrible way to die, which is why the Nazis used the starvation bunker in Auschwitz I as a weapon against prisoner rebellion: Revolt, and you will die a slow, agonizing death, your humanity degraded to an animalistic level. Yet what happened in Cell 18, Block 11 of KL-Auschwitz to a few men at a time (including Saint Maximilian Kolbe) was deliberately inflicted on millions of Ukrainians in 1932–33 by the Soviet regime of Joseph Stalin. As with all such clandestine slaughters — this one hidden with the connivance of such regime toadies as Walter Duranty of the New York Times, whose ill-gotten Pulitzer Prize has never been revoked — there are disputes about the body count. The (very) low-end figure has 2.5 million Ukrainians starved as an act of Soviet state policy, while reputable demographic studies suggest that as many as 10 million innocents died in the Holodomor.

There was nothing accidental about the Ukrainian terror famine. While inadequate harvests played their part at the outset of the slaughter, the state policy was clear — Ukraine was to be systematically depopulated by starvation as a means of reinforcing Soviet control over a population that had briefly tasted national freedom and independence in the post-Romanov, post–World War I chaos following the breakup of the old Russian Empire. And while there was a Marxist-ideological element in this lethally systematic cruelty — the “kulaks” or “rich peasants” were one target of Stalin’s policy — it also seems clear that ethno-racism and atheistic passions played a significant role in the decision to starve millions to death. These Ukrainians were, after all, mere “little brothers” of the Great Russians, lower life forms who, in addition to their ethnic deficiencies, stubbornly clung to their faith, their icons, their sacraments, and their priests in the world’s first officially atheist state. That this policy of feed-the-Russians-first-by-starving-the-Ukrainians was ordered by a native Georgian (Stalin) was perhaps bitterly ironic; but then Stalin, the former czarist prisoner, was eager to confirm his position, not only as Lenin’s ideological heir, but as the father of the Great Russian fatherland — which required him to deny the reality of Ukraine’s unique nationality and culture, and its formative role in the history of the eastern Slavs.

A recently released feature film, Bitter Harvest, tries to bring a human texture and a certain comprehensibility to this almost incomprehensible tale of systematic, state-sponsored mass starvation, telling the story of the worst period of the Holodomor (when some 30,000 Ukrainians starved to death every day) through the lives of two young lovers, one of whom is transformed from artist to anti-Soviet partisan in response to the horrors he sees as the starvation policy begins to take its human toll. The film, while perhaps not great cinema, succeeds in personalizing the Holodomor and reminding us that this genocide happened, literally, one person at a time, as an elderly peasant, a child, or a wife and mother each died from state-induced malnutrition and starvation, wasting away to nothingness while Soviet thugs blocked the borders of Ukraine to prevent their escape and ruthlessly expropriated (or destroyed) every possible foodstuff in order to bring Ukraine to heel. Those who want to honor the innocent dead by learning the story of the Holodomor in full would do well to read Robert Conquest’s pioneering study of the Ukrainian terror famine, Harvest of Sorrow, or the more recent Bloodlands, by Timothy Snyder. But for a mass audience, Bitter Harvest will, one hopes, do for the Holodomor what the 1978 television series Holocaust and Stephen Spielberg’s film Schindler’s List did for the Shoah: bring such hard-to-conceive awfulness home, making it real in microcosm.

That remembering is important in itself, as an act of solidarity with the dead. It is also important as America and the West consider their response to the Russian aggression in Ukraine that began three years ago this month. For while Putin’s war in eastern Ukraine has not taken anything close to the toll of the Holodomor, it has rung up a serious butcher’s bill: Ten thousand dead and 23,000 wounded, with 1.8 million internally displaced persons trying to rebuild their lives in other parts of Ukraine. And as Brian Whitmore of Radio Free Europe/Radio Liberty points out, this is not (as so many in supine, feckless, or mindless Western political circles seem to think) the “Ukraine conflict.” This is, as Whitmore puts it, “a war on Ukraine, and it is a war of choice.” So was the Holodomor.

Moreover, the 21st-century war on Ukraine is the result of one man’s deliberate policy, as was the terror famine of the 1930s. Then the perpetrator was Stalin; today, the perpetrator is Vladimir Putin, who, it will be remembered, has not been loath to see a rehabilitation of Stalin’s memory and image in his new Russia. And it is not difficult to find a further parallel.

Stalin’s war on Ukraine was motivated in part by his insistence that “Ukraine” was not a national reality deserving of independence. Putin, for his part, has said that Ukraine “isn’t a real country.” For men of power without consciences, it is a short step from saying that “Ukraine is not a real country” to ordering the murder of Ukrainians, in their thousands or their millions. And to what end? To secure the Soviet empire, then, or recreate it in 21st-century form, now.

That ought not be an option the West is prepared to tolerate, for obvious strategic reasons and in fidelity to its own professed ideals.

This article was originally published on National Review Online
http://www.nationalreview.com/article/445171/ukraine-bitter-harvest-film-russia-stalin-holodomor-putin-inasion-21st-century-aggression 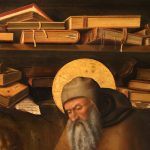