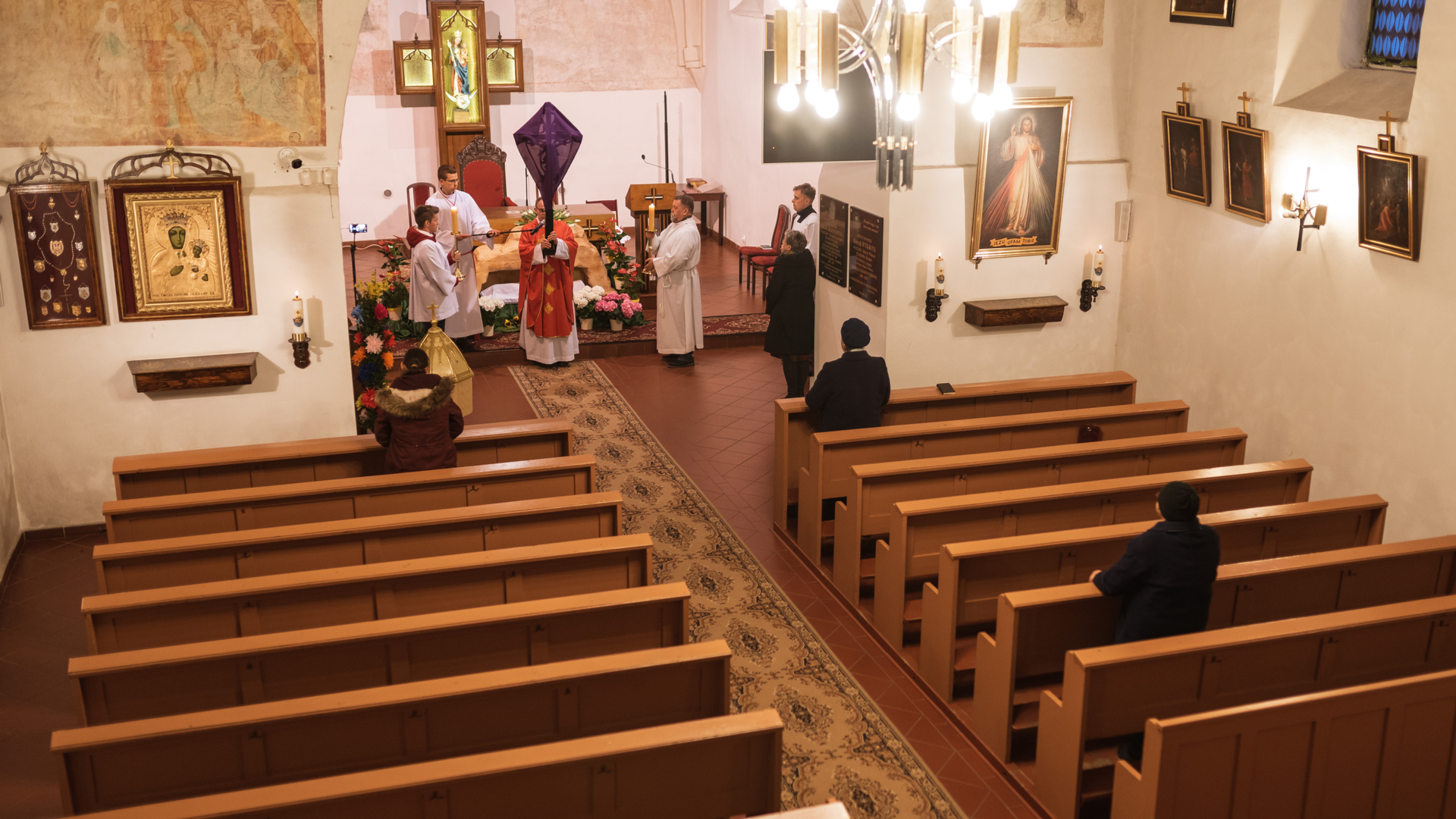 An Open Letter to the Priests of the Catholic Church

Dear Fathers, my brothers in Christ:

On Easter Sunday evening, I received a text message from one of your number, a close friend whose message was short and to the point: “The strangest day of my life.” Those six words were inscribed beneath a photograph taken from the choir loft of his church, empty save for himself (processing up the center aisle for Easter Sunday Mass) and three Nashville Dominicans (socially-distanced in the pews). My friend’s poignant confession was all the more moving because I know how hard he’s worked for over a decade and a half to create one of the most beautiful parish liturgies in the Catholic world, empowering his people to live out the priestly mission of right worship that was conferred on each of them in Baptism.

I expect my friend’s lament was not his alone. Easter 2020 was surely one of the strangest days many, perhaps most, priests had ever experienced. Much has been written in recent weeks about the sacramental deprivation being experienced by the laity. Some of it has been sensible, even profound, calling on all the faithful to live this present, lengthy Eucharistic fast in such a way as to deepen our understanding of the privilege that frequent reception of Holy Communion really is. Commentators of insight have also reminded the Church of an ancient truth during this plague time: spiritual communion with the Lord Jesus makes sacramental communion truly efficacious. Other commentators, unfortunately, have been less sensible, some even suggesting that today’s priests are being less-than-heroic in their pastoral response to the pandemic.

I don’t know any such priests. But more to the point, it’s important that everyone in the Church realize that priests without congregations present at liturgy, priests without penitents, priests without catechumens to instruct, and priests unable to visit the sick and the shut-ins are also feeling severely deprived. The hunger to feed the flock with Word and sacrament, which animates every truly priestly soul, is difficult to satisfy at the moment. And so, while it’s infrequently remarked, priests as well as people are making enormous sacrifices in this plague time. And they are doing so in the name of charity, solidarity, care for the common good, and prudence.

So the first word I wish to say to you, Fathers, is a word of liturgical thanks: thank you for maintaining the public worship of the Church under these extraordinary circumstances. Your witness confirms what every Catholic should know, but perhaps an insufficient number do: There is no such thing as a “private Mass,” because every Mass is celebrated in the presence of the Communion of Saints. May this time of the people’s Eucharistic fasting inspire in all of us a new appreciation of that truth of faith – an appreciation that will then enrich our re-gathered public worship when that happy day arrives.

I want to thank you, too, for all that you are doing to be pastorally creative and present to your people. Every day I learn that yet another priest has discovered yet another way to stay in touch with his flock. One, a longtime friend, has recovered the patristic tradition of the pastoral letter and writes his people regularly. Many of you are working overtime to keep your Catholic schools open through online learning, and not infrequently setting an example for the sluggish public-school bureaucracy in the process. Still others are inventing new methods of conducting Eucharistic adoration and new ways to hear confessions. A priest whom I count a good friend has, in his eighth decade, seen his “parish” expand to include a vast makeshift hospital; yet another is tirelessly visiting the sick, remaining close to those in need. Still another, retired, remains in touch with his friends by e-mail, encouraging them all and leading an intensified life of prayer for the entire Church.

Many worry that a “virtual” Church is going to lose its sense over solidarity the longer lockdown and quarantine remain in place. The other possibility is that new forms of tensile strength are being developed within the Body of Christ, as priests and people alike make unprecedented efforts to stay in touch with each other and, in the process, discover new ways of doing so.

Many of you, I know, are feeling the burden of shrinking revenue for your parishes. It’s often said, usually in ignorance and sometimes in malice, that we “talk about money” too much in the Catholic Church. If by “taking about money” we mean the responsibilities of stewardship that every Catholic shares by reason of their incorporation into Christ at baptism, then it’s more likely that we don’t “talk about money” enough – or in the right way. The financial support of the Church ought not be understood as a matter of membership dues, or as a fee-for-services payment. The financial support of the Church is a crucial way on which the people of the Church participate in the mission of the Church – the proclamation of the Gospel, the celebration of the sacraments, the works of charity and service.

So let me say it for you, and to my fellow lay Catholics: Plague time changes nothing, when it comes to lay financial responsibility to support the work of the Church. Priest friends tell me that many of their people are stepping up, and that is certainly encouraging. Everyone, however, needs to do so, not just the usual one-third who carry most of the burden of financial support in most parishes. So, fellow laity: be generous with the Church of God as the Church of God has been generous to you. Yes, the overwhelming majority of Catholics have taken personal financial hits because of the shuttering of the economy and the volatility of the markets. But there are very few of us who cannot do something, and there are many of us who can do a lot. So let us not compound the difficulties of our pastors by being ungenerous in plague time.

As many priests bend every effort to live their vocation in unprecedented circumstances, I should also like to suggest that the laity make this moment the occasion to thank their priests for their service.

In the Long Lent of 2020, the Chrism Mass, traditionally celebrated on Holy Thursday, was another casualty of the Wuhan virus. While the primary purpose of the Chrism Mass is to bless the holy oils for the year ahead, the Chrism Mass is also an occasion for priests to renew their own fellowship in communion with their bishop, and to pray together for a deepening of the commitments made on the day of their priestly ordination. And the nature of the ordained priesthood as the Catholic Church understands it is rarely expressed better than in the Preface of the Chrism Mass:

[By] the anointing of the Holy Spirit you made your Only Begotten Son High Priest of the new and eternal covenant, and by your wondrous design were pleased to decree that his one Priesthood should continue in the Church…

…Christ not only adorns with a royal priesthood the people he has made his own; but with a brother’s kindness he chooses men to become sharers in his sacred ministry through the laying on of hands.

They are to renew in his name the sacrifice of human redemption, to set before your children the paschal banquet, to lead your holy people in charity, to nourish them with the word and strengthen them with the sacraments.

As they give up their lives for you and for the salvation of their brothers and sisters, they strive to be conformed to the image of Christ himself and offer you a constant witness of faith and love.

On Holy Thursday, the entire Church gives thanks for the Lord’s gifts of the Eucharist and the priesthood; it should also be the day that the people of the Church thank their priests for their vocational dedication. That was not possible in person this year, but it ought to be possible by e-mail, phone call, or text message during this Easter Week.

Finally, Fathers, a thought about the future: There is going to be one. The Catholic Church has survived, endured, and even thrived through every imaginable vicissitude of history, and priests have been an integral part of that survival, that endurance, and that thriving. In our own time, priests kept alive the joy and hope of the Gospel in the frozen wastes of the Gulag Archipelago, in the living hells of the Nazi concentration and extermination camps, and in the forests of Ukraine during forty-five years in which the Ukrainian Greek Catholic Church was the world’s largest underground religious community. Priests were window washers and boiler stokers and elevator mechanics in communist Czechoslovakia: hard, ill-paid manual labor by day, pastoral ministry by night. Priests in China today keep alive the flame of authentic Catholic faith. These men overcame. So can we – together.

The Octave of Easter, which is really Easter Sunday extended throughout an entire week, is the best possible moment to remember that, if a cross and a tomb could not destroy the love of God incarnate in his Son, then neither can a virus. The explosive, transformative, Trinitarian love poured into history on the first Easter cannot be contained. All of us, priests and people, should encourage each other with that good news.

Christ has been raised, he has been truly raised, and he appeared to the holy women, to Peter, to the other apostles, and to two confused souls walking to Emmaus.

Jesus is alive, in a supercharged and transfigured way of being that manifests the destiny God intended for humanity from the beginning.

Happy Easter, Fathers in Christ, my brothers in the fellowship of the Lord. And thank you.

George Weigel is Distinguished Senior Fellow of Washington’s Ethics and Public Policy Center, where he holds the William E. Simon Chair in Catholic Studies. He is the author of over twenty books, including Witness to Hope: The Biography of John Paul II(1999), The End and the Beginning: John Paul II—The Victory of Freedom, the Last Years, the Legacy (2010), and The Fragility of Order: Catholic Reflections on Turbulent Times (Ignatius Press, 2018). His most recent book is The Irony of Modern Catholic History: How the Church Rediscovered Itself and Challenged the Modern World to Reform.

This article was originally published on The Catholic World Report
https://www.catholicworldreport.com/2020/04/13/an-open-letter-to-the-priests-of-the-catholic-church/ 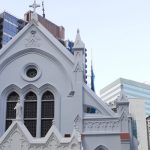