In recent decades, the Republican party has been a vehicle — imperfect, like all human institutions, but serviceable — for promoting causes at the center of Catholic social concern in the United States: (1) providing legal protection for unborn children, the physically disabled and cognitively handicapped, the frail elderly, and other victims of what Saint John Paul II branded “the culture of death”; (2) defending religious freedom in the face of unprecedented assaults by officials at every level of government who have made themselves the enemies of conscience; (3) rebuilding our marriage culture, based on a sound understanding of marriage as the conjugal union of husband and wife; and (4) re-establishing constitutional and limited government, according to the core Catholic social-ethical principle of subsidiarity. There have been frustrations along the way, to be sure; no political party perfectly embodies Catholic social doctrine. But there have also been successes, and at the beginning of the current presidential electoral cycle, it seemed possible that further progress in defending and advancing these noble causes was possible through the instrument of the Republican party.

That possibility is now in grave danger. And so are those causes.

Donald Trump is manifestly unfit to be president of the United States. His campaign has already driven our politics down to new levels of vulgarity. His appeals to racial and ethnic fears and prejudice are offensive to any genuinely Catholic sensibility. He promised to order U.S. military personnel to torture terrorist suspects and to kill terrorists’ families — actions condemned by the Church and policies that would bring shame upon our country. And there is nothing in his campaign or his previous record that gives us grounds for confidence that he genuinely shares our commitments to the right to life, to religious freedom and the rights of conscience, to rebuilding the marriage culture, or to subsidiarity and the principle of limited constitutional government.

We understand that many good people, including Catholics, have been attracted to the Trump campaign because the candidate speaks to issues of legitimate and genuine concern: wage stagnation, grossly incompetent governance, profligate governmental spending, the breakdown of immigration law, inept foreign policy, stifling “political correctness” — for starters. There are indeed many reasons to be concerned about the future of our country, and to be angry at political leaders and other elites. We urge our fellow Catholics and all our fellow citizens to consider, however, that there are candidates for the Republican nomination who are far more likely than Mr. Trump to address these concerns, and who do not exhibit his vulgarity, oafishness, shocking ignorance, and — we do not hesitate to use the word — demagoguery.

Mr. Trump’s record and his campaign show us no promise of greatness; they promise only the further degradation of our politics and our culture. We urge our fellow Catholics and all our fellow citizens to reject his candidacy for the Republican presidential nomination by supporting a genuinely reformist candidate.

Titles and affiliations of each individual are provided for identification purposes only. The views expressed are those of the individual signatories and do not necessarily represent the views of any organization or entity.

George Weigel is Distinguished Senior Fellow of Washington, D.C.’s Ethics and Public Policy Center, where he holds the William E. Simon Chair in Catholic Studies. Robert P. George holds Princeton University’s McCormick Chair in Jurisprudence and is the founding director of the James Madison Program in American Ideals and Institutions. He also serves as vice chairman of EPPC’s board of directors.

This article was originally published on National Review Online
http://www.nationalreview.com/article/432437/donald-trump-catholic-opposition-statement 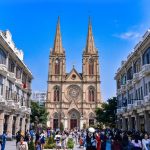 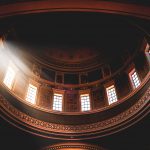