On June 30, 1980, the U.S. Supreme Court issued its decision in Harris v. McRae and upheld the constitutionality of the Hyde Amendment, which had prohibited federal funding for Medicaid abortions since 1976. Three decades later, Harris v. McRae remains the pro-life movement’s most important legal victory since Roe v. Wade created a “right to abortion” in 1973. That victory is now jeopardized by Obamacare, and by the insouciance of some Catholics about the extension of the Hyde Amendment to future federal health care legislation.

On this thirtieth anniversary, therefore, it’s important to remember just what was achieved in Harris v. McRae.

First, writing for the Court majority, Justice Potter Stewart made clear that, whatever putative “right to abortion” may be found within the interstices of the Constitution, such a “right” does not imply that the federal government can compel American taxpayers to pay for the deaths of innocents. As Justice Stewart put it, “Regardless of whether the freedom of a woman to choose to terminate her pregnancy for health reasons lies at the core or the periphery of the due process liberty recognized in [Roe v. Wade], it simply does not follow that a woman’s freedom of choice carries with it a constitutional entitlement to the financial resources to avail herself of the full range of protected choices.” In plain language: any putative “right to abortion” does not carry with it the power to make me pay for abortions.

Second, the majority in the Court’s 5-4 decision accepted the Solicitor General’s argument that the Hyde Amendment is, as my friend Edward Grant has written, “rationally related to the interest we all must have in preserving nascent human life and encouraging childbirth.” In other words: pregnancy is not a disease, the choice to terminate a pregnancy is fraught with public implications, and the state has an interest in supporting the begetting and safe delivery of its future citizens.

Third, the Court rejected the plaintiff’s claims that the Hyde Amendment’s prohibition on federal funding of abortion involved an imposition of Catholic doctrine in violation of the First Amendment’s ban on religious “establishment”. In plain language: the abortion debate is not “sectarian,” but engages fundamental issues of justice in which everyone has a stake.

The heroes of this victory should also be remembered at its thirtieth anniversary: Congressman Henry J. Hyde; Professor Victor Rosenblum of Northwestern University, Dennis Horan, Patrick Trueman, Thomas Marzen, and other members of the legal team at the Americans United for Life Legal Defense Fund; James Buckley and Jesse Helms, who, with Congressman Hyde, entered the case as intervening-defendants. Some of the young lawyers who worked with the defense team in Harris v. McRae have continued to make names for themselves as national pro-life leaders: Carl Anderson, now Supreme Knight of the Knights of Columbus; Robert Destro, now of the Catholic University of America’s law school; and Paige Comstock Cunningham, a longtime board member of Americans United for Life. All honor to them.

Their achievement, however, is not secure. The Hyde Amendment, although deemed constitutional, still had to be re-enacted in every Congress, every year following Harris v. McRae — a fact of legislative history that raises the most serious questions about the Obama administration’s claim that the Hyde Amendment is such “settled law” that it need not be replicated in the various legislative iterations of Obamacare. The administration’s “deal” with certain Democratic congressmen to include a Hyde Amendment-type ban on abortion funding through a presidential executive order is the thinnest of barriers — some would say, a non-existent barrier — against claims that abortion is a “necessary” form of health care that requires taxpayer funding. That some Catholic members of Congress and some Catholic health care advocates have fallen for this sleight-of-hand reflects either grave misunderstanding of the law or bad faith.

The Hyde Amendment is a continual bone in the throat of abortion advocates, who once followed Henry Hyde to Mass in their efforts to “prove” that his amendment was the product of Catholic hocus-pocus. They won’t down tools in this fight. Neither should the defenders of Harris v. McRae.

[Full disclosure: George Weigel is a member of the board of directors of Americans United for Life.] 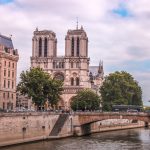