After the Twin Towers Attack

Those who think that Americans are permitted a certain indifference to passions and politics beyond the water’s edge might have been shaken out of their insouciance had they been driving up the New Jersey Turnpike on the night of February 26. For there, in the familiar illuminated skyline of lower Manhattan, one saw an eerie, Olympian darkness where the twin towers of the World Trade Center should have been. But this particular blackout was not the result of a natural disaster or mechanical malfunction. No, this looked very much like the deliberate act of an enemy. Something like war—proxy war, perhaps— seemed to have been declared.

The point was driven home by a single page in the March 17 New York Times, Page A12 began with the continuation of a front-page story on the “tidal wave of Palestinian attacks” that had left eight Israelis dead in the previous month; a sidebar reported that things had gotten sufficiently grim that Israeli prime minister Yitzhak Rabin had canceled engagements in Washington in order to return home. All also carried an article on the assassination of an Iranian opposition leader, shot in the face by two gunmen riding a motor scooter in downtown Rome. And just below those gruesome tidings was the story of another attack on tourist buses at the Egyptian Museum in Cairo, where a bomb had killed three people and wounded twenty others in February. The reporter speculated that in the wake of these bombings the tourist industry, a major source of income for the hard-pressed Egyptian economy, was on the verge of collapse.

Meanwhile, investigators continued to explore the connections between the attack on the World Trade Center and members of an extremist group affiliated with the Al-Salaam Mosque in Jersey City. There, Sheikh Omar Abd al-Rahman preaches fire-breathing sermons that are later circulated in the slums of Cairo on cassette tapes. The sheikh’s message—that true believers must kill “the enemies of Allah in order to liberate themselves from the grandchildren of the pigs and apes who are educated at the tables of the Zionists, the communists and the imperialists”—is thought to be at least partially responsible for motivating the anti-tourist (i.e., anti-foreigner and anti-Western) violence now plaguing Egypt.

In interviews with CNN and ABC in mid-March, the sheikh denied any involvement in the Twin Towers bombing but said he believed that Egyptian president Mubarak “deserves the same thing” as Anwar al-Sadat—namely, assassination. In an interview with Al-Hayat, a London-based Arabic daily owned by a Saudi prince, Sheikh Omar was even less circumspect, supporting terrorist attacks on tourists and foreign investment in Egypt, and indeed on any Muslim or Christian who opposes the sheikh’s own interpretation of “Islamic principles.” Abd al-Rahman also justified terrorist attacks on the Egyptian police: “The argument that the police are people following orders and do not deserve to be killed is unacceptable… The police are one, integrated unit, which justifies attacks on any part of that unit.” The sheikh told the Arabic daily that while he “did not accept American laws,” he abided by them in order to have a platform from which he could “confront the regime,” meaning Mubarak’s government. Intelligence specialists suggested that the sheikh’s activities may have been funded in part by Iran.

According to the strict rules of evidence, the linkages among these stories—the Twin Towers bombing, the activities of Sheikh Abd al-Rahman, the travail of Egypt, and the assassination in Rome— are speculative at best. As I write in mid-March, they may not even amount to a Scots verdict of “not proven.” But terrorism is surely back on the agenda, and demanding our serious attention.

What is “terrorism”? While defining it may seem a straightforward matter, not unlike Justice Potter Stewart’s effort to define “pornography” (“I know it when I see it”), terrorism in fact eludes precise definition: in part because of the many forms terrorism takes, and in part because apologists for terrorism confuse matters by arguing that the terrorist is really just a different kind of warrior. In Just and Unjust Wars, Michael Walzer formulated a description of terrorism that challenged such crudities and usefully distinguished terrorism from war:

[Terrorism’s] purpose is to destroy the morale of a nation or a class, to undercut its solidarity; its method is the random murder of innocent people. Randomness is the crucial feature of terrorist activity. If one wishes fear to spread and intensify over time, it is not desirable to kill specific people identified in some particular way with a regime, a party, or a policy. Death must come by chance to individual Frenchmen, or Germans, or Irish Protestants, or Jews, simply because they are Frenchmen or Germans, Protestants or Jews, until they feel themselves fatally exposed and demand that their governments negotiate for their safety.

But even Walzer’s sophisticated definition does not account for some crucial recent data. Were the attacks on John Paul II, Aldo Moro, Anwar al-Sadat, and Indira Gandhi actions against people whom the terrorists considered “innocent”? No, they were assaults on people whom the assassins (or their sponsors) considered guilty. So was the murder of Nissim Toledano, an Israeli policeman, which led to last year’s expulsion of Hamas activists from Israel.

As the post-Cold War fractionation of the world continues apace and as new openings in the international system permit the noxious gases of political violence (as well as the clear winds of freedom) to circulate more freely, further analytic rigor is required of us. For mistaken understandings can lead to mistaken policies, and as the Twin Towers bombing made clear, our margin for error—yes, even in these United States—is getting slimmer all the time. The first order of business, then, is to clear our minds on the subject of terrorism. And while this process may not yield a finally satisfactory definition of “terrorism,” it will put us in a position to consider our policy options more carefully and, one hopes, more wisely. 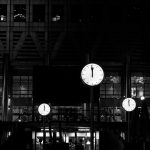 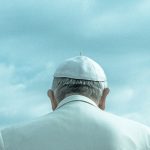 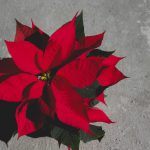