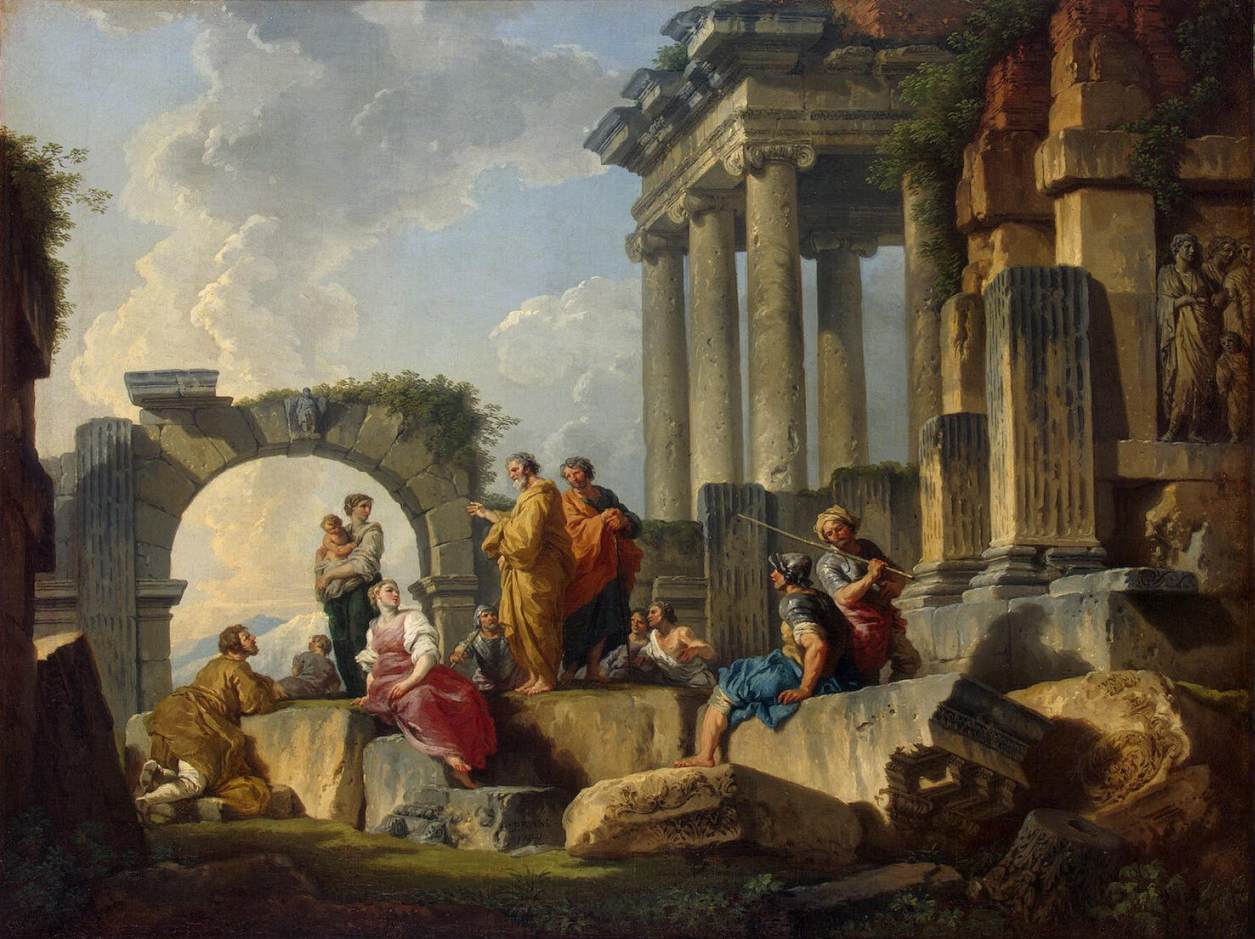 The Church’s custom of reading virtually all of the Acts of the Apostles at daily Mass during the Easter season struck me as particularly apt this year, and for three reasons.

First, Acts reminds us that, with the exception of several great public set-pieces (such as the first Pentecost), evangelization for the first missionary disciples was a retail affair. The deacon Philip converts the Ethiopian eunuch man-to-man in Acts 8. Peter converts the centurion Cornelius and his family and friends, and thereby begins the mission to the Gentiles, in Acts 10. Paul evangelizes Lydia on the riverside outside Philippi in Acts 16, and builds his local churches by the retail catechesis of families and small groups throughout Asia Minor and Greece.

This should strike a chord. We live at a time when the surrounding culture no longer supports the transmission of the faith. On the contrary, as the contemporary experiences of Ireland, Quebec, and Belgium graphically demonstrate, the prevailing cultural climate can asphyxiate once-robust Catholic instincts—especially when Catholic leadership is weak, defensive, unenthusiastic about the Gospel, and seemingly embarrassed by Catholicism’s countercultural claims. In these post-Christian circumstances, the New Evangelization is going to have to unfold one convert at a time.

And therein lies another parallel to Acts. When those conversions take place, they’ll likely do so in the most quotidian circumstances: in random encounters with open hearts in homes, recreational settings, and other everyday venues. U.S. Catholics older than 50 once thought of “mission territory” as places that got glossy full-color photo spreads in National Geographic. Acts alerts us to our true situation: Mission territory is all around us—at our kitchen table, in our offices, in our lives as consumers and citizens.

Then there’s the leitmotif of Acts so ably analyzed by Duke University’s C. Kavin Rowe: The original Christian proclamation made for a “world [turned] upside down,” demystifying the powers of the age by announcing that the real lord of history was at work in history, right now, through the death, resurrection, and ascension to God’s right hand of an itinerant Jewish teacher whom the world thought a degraded failure.

Christianity is inherently countercultural because Christians are always called to convert the culture. The great vignette of Paul on the Athenian Areopagus in Acts 17 reminds us of one evangelical strategy for cultural conversion: Appeal to a culture’s noblest instincts and try to demonstrate a deeper foundation for those aspirations—the foundation that comes from friendship with Jesus Christ. It’s not the only such strategy (and it didn’t work out all that well for Paul). But it was one of John Paul II’s favorite biblical metaphors for the Church in the twenty-first century, and it’s very much worth pondering in contemporary America.

And then there’s the fact that at the end of Acts—the only work of Church history written under the inspiration of the Holy Spirit—there’s a shipwreck, and what seems a catastrophe becomes another opportunity to announce the Gospel and demonstrate a more humane way of life to frightened souls. That, too, should ring a few bells.

There is certainly some shipwreck in the Church today. I’ve already mentioned Belgium, Ireland, and Quebec; I could have mentioned Chile; and I’ve frequently alluded in this column to the wreckage of Catholicism in the German-speaking wastelands of Catholic Lite. Over two millennia, shipwreck has always been a call to a deeper fidelity and a more courageous evangelization. So in 2018, perhaps Acts is calling those with ears to hear to get beyond the food fights of the Catholic blogosphere and engage in some retail evangelization—a challenge, to be sure, but also the bracing vocation into which each of us was baptized.