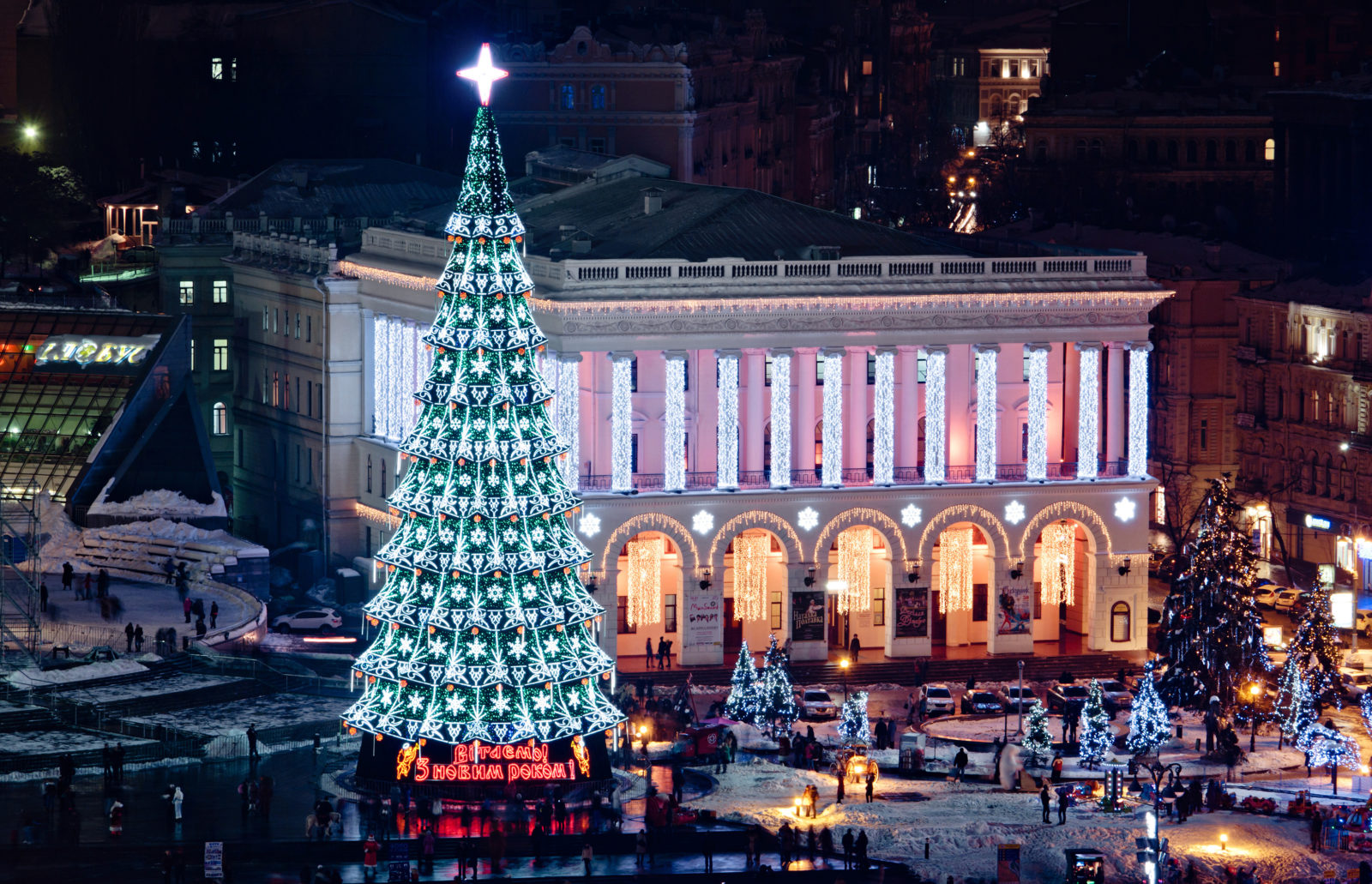 Whether it’s celebrated according to the Gregorian or the Julian calendar, Christmastide in Ukraine this season might seem to be one in which the bad news is all the news there is. Russian aggression, low-key but lethal, continues in the eastern regions of the country, as do cyber-warfare and other forms of Russian agitprop throughout the country. Post-Maidan politics have not been altogether edifying, to put it gently; the parliament is often more contentious than creative, large areas of public life remain to be cleansed of corruption, the reform process grinds along slowly, and some would say that President Petro Poroshenko has yet to decide whether he wants to be the George Washington of his country or a billionaire.

And then there is the West, to which Ukrainians looked with hope, and the expectation of real support, during the Maidan “revolution of dignity” two years ago. Those expectations have, in the main, gone unfulfilled. News from Ukraine rarely appears in the Western media; many countries of the European Union (under whose flag Ukrainians gave their lives in Kiev during the winter of 2013–14) are eager to lift the sanctions imposed on Russia after it forcefully changed a European border for the first time since World War II; the Vatican continues to make lame and ineffective pleas for “dialogue” while assiduously avoiding the words “invasion” and “occupation,” even as the Catholic Church in occupied Crimea is dismantled by Russia; rumors of a “grand bargain” between the Trump administration and Vladimir Putin give rise to fears that the new foreign-policy team in Washington will concede the former KGB colonel and current kleptocrat a sphere of influence that returns Ukraine to Moscow’s control, tacitly if not formally.

The bad news is real. But the bad news is not all the news there is from Ukraine. Contrary to the expectations of the cynical, the passion for reform and for building a “normal country” that animated the Maidan has not faded. That passion has yet to result in the comprehensive political, legal, and bureaucratic reforms necessary to make Ukraine “normal” by (at least some) Western standards. But it has not been snuffed out, and in fact is being channeled into something arguably at least as important for sustained, structural political and legal reform: the renewal of civic culture and the building of a civil society capable of sustaining democracy over the long haul, from beneath the rubble of the Soviet system and its post-Soviet, oligarchical successor.

These hundreds, even thousands, of civil-society initiatives, undertaken by men and women who are determined to be citizens and not merely subjects, represent something quite different from the transient euphoria that characterized the Orange Revolution of 2004–05 — a wave of optimism that quickly crested and then broke. Then, it may have seemed that reform and the building of a “normal country” were relatively easy. The post-Maidan atmosphere has been different because it’s been more realistic. It’s perhaps best characterized as a tenacious, even fierce, determination to honor the sacrifice of the “Holy Hundred” who died on the Maidan, and the tens of thousands of others who risked their lives during that remarkable revolution of conscience, by not giving back the dignity of citizenship that was reclaimed on Kiev’s Independence Square and throughout the country.

That gritty determination showed itself in the immediate aftermath of the Maidan itself, when many civic initiatives sprung up to meet immediate social and humanitarian needs, including caring for those wounded by the goons of the old regime and their Russian-sniper allies. These spontaneous acts of social self-organization quickly evolved into efforts to address the chronic failures of the country’s health-care “system,” which were paralleled by similar, self-organized initiatives aimed at uncovering the full depth and breadth of governmental and legal corruption in Ukraine. Now, two years later, and despite the obstacles of a war that has caused tens of thousands of casualties and more than a million internally displaced persons, these first sprouts of a nascent civil society have blossomed into more structured civil-society institutions that are laying the foundations for a stable Ukrainian democracy.

One such initiative that bridges what remains a significant gap between the people and their government is the Anti-Corruption Action Center, which has both drafted and successfully lobbied for legislation to clean the Augean stables of Ukrainian politics, law, and bureaucracy while counseling with the state on staffing its new National Anti-Corruption Bureau with reform-committed leaders and investigators.

The flow of less-expensive, higher-quality medicines to the people of Ukraine will increase in 2017, thanks to the work of Patients of Ukraine, which helped lobby parliament to break up a de facto national pharmaceutical mafia: a prime example of systemic corruption that helped underwrite the culture of bribery and cynicism inherited from Communist times while creating a vast black market in drugs.

Social media’s relationship to democracy-building and democracy-sustaining is a very mixed bag, but one positive example of its impact can be found in Ukraine. CrimeaSOS was originally formed as a Facebook group on the day the peninsula was invaded. From that modest beginning, it’s become a major non-governmental actor, providing accurate information about what’s happening in that newly “annexed” Russian territory, while offering assistance to beleaguered Crimean activists and human-rights proponents inside Crimea.

Then there is Legal Hundred, another immediate post-Maidan start-up that now counts 200 lawyers in nine regional offices. They provide legal services to wounded soldiers and their families while working with the ministries of defense and social policy on reforming legislation and bureaucratic regulations involving the military draft and social services.

Russian arms and aggression threaten the dismemberment of Ukraine, but the moral-cultural hangover of homo sovieticus — the warping of human personalities through the culture of corruption, bribery, and deceit that is the Soviet system’s toxic legacy — is a commensurate danger: for it threatens, not Ukraine’s dismemberment, but its disintegration. Thus it is very good news that, in addition to civil-society initiatives and institutions that are creating a bridge between the Ukrainian people and the government they put in place two years ago, Ukraine’s religious groups, and especially its Christian communities, continue to work together for the country’s renewal.

The Ukrainian Orthodox Church–Moscow Patriarchate remains under the thumb of the Russian Orthodox Moscow Patriarchate, which is to say, under the thumb of the Kremlin; and the far more independent Ukrainian Orthodox Church–Kievan Patriarchate may be tempted to become a de facto state church, thus falling into the trap that has bedeviled Orthodoxy for centuries. But more evangelically minded Orthodox congregations and jurisdictions, along with the resurgent Ukrainian Greek Catholic Church, are working together in unprecedented ways, both to heal ancient religious divisions and to lay the moral-cultural foundation for a stable Ukrainian democracy, often in cooperation with Ukraine’s Jewish and Muslim communities. This kind of cooperation was quite literally unheard of in previous Ukrainian history; a similarly impressive and happy novum is the intellectual lead being taken in the country’s reformation by the vibrant Ukrainian Catholic University in L’viv.

To be sure, stable, honest, and well-functioning governmental agencies, a competent legislature, and an executive that leads from the front are all essential if Ukraine is to realize the promise of the Maidan revolution of dignity, which will mark the third anniversary of its initial victory in February. But those institutions don’t just happen, and most of them can’t be ordered into existence: The longer-term task is to build a civic culture capable of sustaining reformed governmental institutions when they’re put into place. That civic culture, in turn, requires that a critical mass of Ukrainians shed the bad habits ingrained by the Soviet system and the subsequent failures of post-Soviet governments: the habits of corruption that infected not just those in power but those who dealt with those in power, which is virtually everyone.

Forming the habits of mind and heart that will turn the Maidan revolution into a stable and prosperous democracy is what today’s civil-society initiatives are doing in Ukraine. That’s the good news amidst what can look, from outside and from 30,000 feet, to be a very bad situation. It’s the kind of bottom-up civic renewal that demands the respect, and support, of the entire West.

This article was originally published on National Review Online
http://www.nationalreview.com/article/443407/ukraine-christmas-building-civil-society 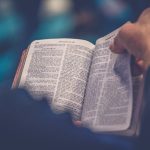