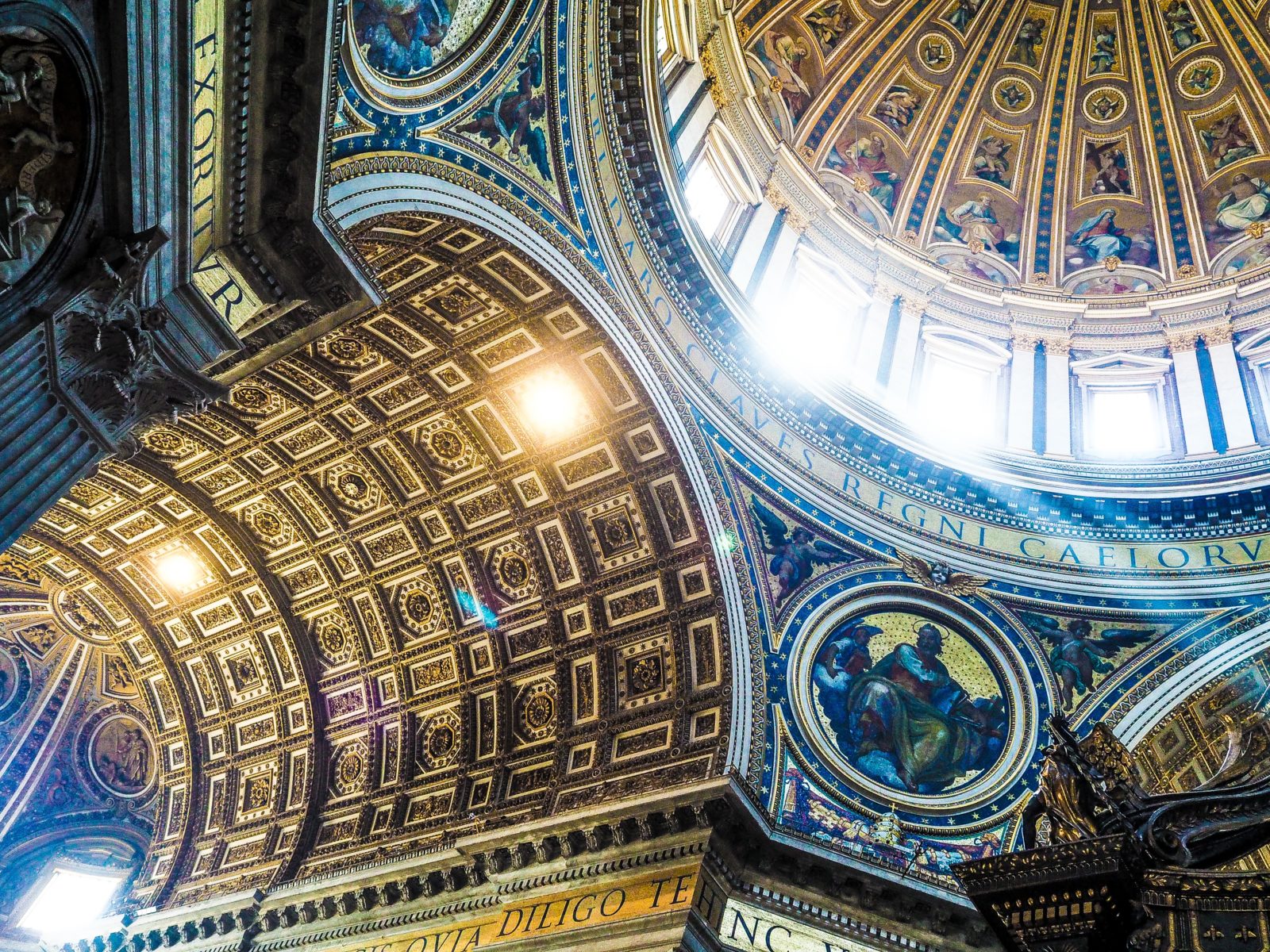 Purchase a copy of Roman Pilgrimage: The Station Churches here.

View a special slideshow preview of the photos in Roman Pilgrimage:

The best Lent of my life involved getting up every day at 5:30 a.m., hiking for miles through ankle-twisting, cobblestoned city streets, dodging drivers for whom traffic laws were traffic suggestions, avoiding the chaos of transit strikes and other civic disturbances, and battling bureaucracies civil and ecclesiastical—all while 3,500 miles from home sweet home.

Lent 2011, which I spent in Rome working on Roman Pilgrimage: The Station Churches (Basic Books), did have its compensations. Each day, I discovered new architectural and artistic marvels, brilliantly explained by my colleague Elizabeth Lev. Each day, I watched with pride as my son Stephen pulled off one photographic coup after another, artfully crafting pictures that would get our future readers “inside” the experience of the Lenten station church pilgrimage in Rome. Each day, I had the opportunity to dig more deeply than I’d ever done before into the biblical and patristic readings for the Mass and Divine Office of the day.

Then there was the fun: freshly baked, sugar-crusted ciambelle from the Roman Jewish quarter after the stational Mass at Cardinal Newman’s titular church; the first stir-fry dinner ever concocted in the Vatican apartment where Pope Julius II asked Michelangelo when he would finish the Sistine Chapel ceiling; rating the post-station church coffee bars for relative quality of cappuccino, cornetti, and restrooms; singing all nine rowdy verses of “Maryland, My Maryland” at a March 25 Maryland Day dinner; meeting the newly-elected Major-Archbishop of the Ukrainian Greek Catholic Church, Sviatoslav Shevchuk, who would become a friend; cringing when my former student Fr. Matthew Monnig, SJ, scolded me about “not going crit”—i.e., academic-skeptical—when I made some comment or other about a particularly implausible legend about a particularly obscure saint; Liz Lev’s incomparable rolled stuffed veal, plus the first wine in forty-some days, at an Easter Sunday pranzone for the ages.

That Roman Lent also taught me a lot about the vitality of the Church in the United States and the effects of that vitality on other Anglophones. While the tradition of pilgrimage to a “station church” in Rome for each day of Lent goes back to the mid-first-millennium, the tradition had lain fallow for some time before it was revived by North American College students in the mid-1970s. By the mid-1990s, when I first encountered it, the entire American seminary community was participating. By 2011, that daily Mass community had grown to over 300 (and sometimes over 400) souls, as students from the Roman campuses of American universities, English, Scottish, and Irish seminarians from their national colleges, and English-speaking ambassadors accredited to the Vatican became regulars.

That Anglophone liturgical and spiritual fervor was not replicated, alas, by the Vicariate of Rome, which also sponsored a daily “station” Mass at the church of the day. On the Friday after Ash Wednesday, 2011, Stephen and I hiked back up the Caelian Hill to the Basilica of Sts. John and Paul to complete the photography Stephen had begun at the 7 a.m. English-language stational Mass that morning. We got our work done just before the Vicariate Mass started in the early evening, and saw a half-dozen concelebrants and perhaps fifteen elderly people enter the basilica for the stational Mass of the day sponsored by the pope’s diocese—a sharp contrast to the 250-300 Anglophones who were there as the sun was rising. The day before, at St. Giorgio in Velabro, the same number of English-speakers had to scurry out of the basilica at 7:30 p.m. sharp to accommodate the half-dozen German priests celebrating their stational Mass: beautifully chanted, but concelebrants-without-a-congregation.

For those who will be in Rome this Lent, there’s no better way to enter into the pilgrim character of the season than to participate in the 7 a.m. stational Mass led by the priest and students of the North American College. If you’re unable to travel to the Eternal City but would like to make the Roman station church pilgrimage from a distance, there’s Roman Pilgrimage: The Station Churches. I’d especially recommend the eBook edition, in which all the photos are in color and a zoom feature allows you to study closely numerous masterpieces of fresco and mosaic. A foretaste of what’s available pictorially in Roman Pilgrimage can be glimpsed on YouTube. 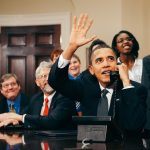 POTUS and the Pope