It would be difficult to imagine a more mindless misrepresentation of the right relationship of church and state in these United States than that proffered by the Chicago Tribune on April 3, in a vicious editorial and accompanying op-ed column attacking the local Catholic archbishop, Cardinal Francis George.

As virtually the entire sentient world knows by now, the University of Notre Dame, which presents (and sells) itself as America's premier Catholic institution of higher learning, invited Pres. Barack Obama to be its 2009 commencement speaker and saluted the president's accomplishments with the promise of an honorary doctorate of laws. A controversy immediately ensued and has remained on a high boil, as critics of Notre Dame's judgment wondered why a Catholic university should propose as a model to its graduates a president whose accomplishments to date include putting the federal government and the taxpayers back into the business of funding both abortion and embryo-destructive stem-cell research. Cardinal George, asked for his views, described the invitation as an “embarrassment” to the Catholic Church, and observed that Notre Dame clearly “didn't understand what it means to be Catholic.”

The editors of the Tribune were evidently shocked, shocked that a Catholic prelate (and the president of the United States Conference of Catholic Bishops) should defend the U.S. bishops' unambiguous policy that politicians on the wrong wide of the premier civil-rights issues of our time — the life issues — should not be honored on campuses claiming to be Catholic. Invited to lecture and debate, yes. Honored with degrees and put forward as models to emulate, no.

In high dudgeon (and evidently ignorant of the niceties of ecclesiastical address), the Tribune huffed, “Cardinal, where are you going with this? Is it a foundation of Catholicism to refuse to honor a president who doesn't agree with all the beliefs of the Church?” Well, no, dear editors, it isn't, or no president who was not squared away on the Assumption of Mary or the Christology of the Council of Chalcedon would have been an appropriate honored guest at Notre Dame. Jimmy Carter's Mariology is quite probably as dubious as the rest of his opinions; and it would take a true “I Like Ike” fanatic to suggest that the Liberator of Europe could tell Cyril of Alexandria from Nestorius. Yet both were welcomed at Notre Dame, and rightly so (even if Carter took the occasion to bemoan America's “inordinate fear of communism”). The Obama difference is not that the 44th president has his doubts about certain recondite doctrines buried in the fine print of the Catechism of the Catholic Church; the difference is that Obama is wrong, dead wrong, on the first principle of justice, according to which innocent human life deserves the protection of the laws in any just society. Indeed, the administration's aggressive expansion of the abortion liberty and its parody of moral reasoning in its stem-cell research decision suggest not merely a disagreement with that first principle of justice, but a determination to eradicate it from the American public square.

The Tribune is going broke but nonetheless believes itself fit to instruct other institutions on the conduct of their internal affairs. Thus, in defending their disapprobation of the cardinal, the editors note that “Obama won a majority of the Catholic vote in November” and that “Joe Biden, who is Catholic, was honored to be Obama's running mate.” Memo to editors: Ad primum –There are a lot of bad Catholics. Most of us are bad Catholics to one degree or another; that's why we go to confession. That we sin, make mistakes, and fall short of the requirements of Christian discipleship in our personal and public lives does not mean that sin is no longer sin, that wrong is now right, or that discipleship is a matter of lifestyle choice or ethnic heritage. Ad secundum — Joe Biden, a career politician of minimal accomplishment, large ego, and vast ambition, would likely have accepted the second slot on a Democratic ticket headed by anyone this side of the asylum marked “Dennis Kucinich lives here.” Joe Biden is no more a model Catholic than Ted Kennedy — the one man in America who, as the late Henry Hyde frequently said, could have led a successful, culture-transforming pro-life movement positioned as the heir of the civil-rights movement championed by his martyred brothers.

The Tribune concluded its embarrassingly ignorant attack on Cardinal George by admonishing him to show some respect to the president and the presidency. No one who has the slightest acquaintance with Francis Eugene George (a brilliant and gentle pastor, one of whose two earned doctorates is in American political philosophy) could doubt for a second that he is a respecter of persons and a patriot who holds the office of the presidency in high regard. One rather expects that President Obama, who met with Cardinal George the week before the Tribune chose defamation over reason, sensed that respect, even as the cardinal explained to the president that there are certain moral non-negotiables in the Catholic Church's approach to contemporary public life, including effective legal protection for the conscience-rights of Catholic and other pro-life health-care professionals. The Tribune's charge of disrespect is worse than a mistake — it is a calumny.

The Trib saw fit to complement its editorial calumnies by publishing, the same day, an op-ed piece by former commerce secretary William E. Daley, brother of the current Chicago mayor-for-life. Daley's unmitigated record of support for the abortion license and for embryo-destructive stem-cell research marks him as an even-less-well formed Catholic (or political philosopher) than Joe Biden, who at least cast a few pro-life votes along the line. Daley, national co-chairman of the 2008 Obama campaign, engaged in some unintended irony by raising the anti-Catholic bugaboo with which fever-swamp Protestants once tried to prevent John F. Kennedy from becoming president of the United States — Daley discerned in Cardinal George's remarks the continuation of “a worrisome pattern in which the Catholic hierarchy in America is mixing religion with politics.” Norman Vincent Peale couldn't have put it better during his anti-Kennedy and anti-Catholic polemics in 1960. One wonders what Daley's father, who assured Kennedy on election night 1960 that he would win Illinois — and the presidency — “with a little help from your friends,” would have said about his son snatching the banner of the Black Legend from the faltering hands of Protestant bigots.

Daley and Biden (and Kathleen Sebelius and John Kerry and Barbara Mikulski and Susan Collins and Clan Kennedy and the rest of the Catholic pro-abortion pols) are not the arbiters of the truth of Catholic faith. More to the public point, they are dead wrong on what is at stake in the life- issues debate. For what is at stake, to repeat, is not some peculiarity of Catholic dogma but a publicly accessible truth about justice that everyone willing to take
an argument seriously can grasp. As for the Tribune, perhaps it could follow its own counsel and show Cardinal George some respect by taking his arguments seriously, rather than reducing them to caricature.

One hears that the phone lines of the Archdiocese of Chicago were inundated with hate calls last Friday, in the hours after the Trib calumniated the cardinal with the help of Bill Daley. So goes public discourse in the land of Rod Blagojevich, Roland Burris, the Daley machine, and Barack Obama. The president, who promised to change the tenor of our public life, likely has the decency to be embarrassed by his defenders. At least one hopes so.

This article was originally published on National Review Online
http://article.nationalreview.com/?q=YTY3NDA3MzU4ODQ0YjZmYmU2ZjZlYzU1NjMzNmJkZTII

PrevThe Pope Versus the Vatican
Freed to Be Images of GodNext 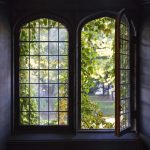