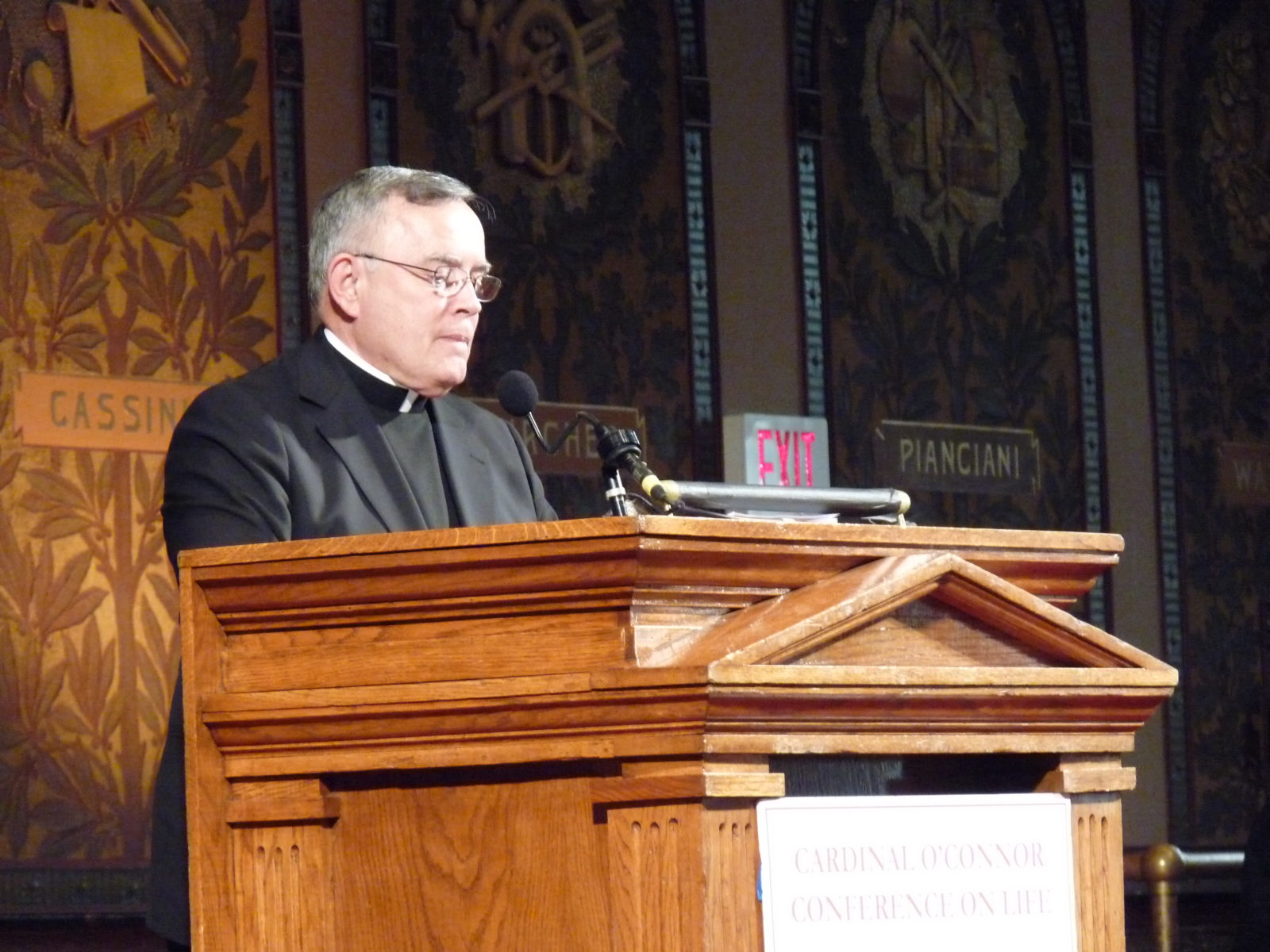 When I first met Charles J. Chaput, O.F.M. Cap., more than twenty years ago, I was struck by his boyish demeanor, his exquisite courtesy, and his rock-solid faith. Then the bishop of Rapid City, South Dakota, a diocese that serves several reservations, Chaput was obviously proud of his Potawatomi heritage without wearing his roots, so to speak, on his sleeve. Moreover, his striking modesty and personal gentleness exemplified the Franciscan vocation he had embraced. Here, I thought, is a real pastor, living out the meaning of his episcopal motto, “As Christ loved the Church.”

He was also a lot of fun. It was no easy business to return service in the rapid-fire repartee led by our host that night, then-Msgr. Timothy Dolan. But Chaput played the rhetorical baseline like a pro.

A few years after we met, he was named archbishop of Denver. And for the next fourteen years, I watched in admiration as Archbishop Chaput led what was, in many people’s judgment, the premier New Evangelization diocese in the country. He was always the bottom line. But he governed the archdiocese in a genuinely collegial manner, which is one reason he drew many highly talented lay collaborators to Denver. No one who knew him doubted that he would have happily spent the rest of his life in the Mile High City.

In 2011, however, the Archdiocese of Philadelphia was in grave trouble, and Archbishop Chaput accepted the unenviable task of fixing what had become a serious mess, financially and otherwise. To agree to that transfer was an act of fidelity and courage by a man who loved his current job and had zero interest in what might once have been thought a “promotion.” Yet when Pope Benedict asked him to do it, Chaput agreed. I thought then, and think now, that perhaps no other bishop in the country could have turned the Philadelphia situation around as Archbishop Chaput did. Pope Francis’s highly successful visit to Philly in 2015 was all to Chaput’s credit—although, typically, he publicly shared the credit with others.

Immediately after the papal visit, Chaput, who had been elected by his American brother bishops to Synod-2015, spent almost a month in Rome, where his qualities were quickly recognized by the world episcopate. After hearing him and watching his work as one of the Synod discussion-groups’ secretaries, Archbishop Chaput drew the largest vote to the Synod General Council among the elected North American Synod delegates, in an open ballot that some wags refer to as the “Iowa caucuses.” It was a striking compliment.

Archbishop Chaput has just published his third book, Strangers in a Strange Land: Living the Catholic Faith in a Post-Christian World (Henry Holt). Like any sensible person, Chaput knows that the United States is living through a season of profound moral and cultural turbulence—turbulence that threatens to unravel the American democratic experiment. Yet for all his penetrating analysis of how the United States came to its present season of discontent, Strangers in a Strange Land is, finally, a hopeful book: a point that eluded reviewers whose familiarity with the actual text seems rather slight. Thus the archbishop closes on this note:

The Word of God testifies to the goodness of creation, the gift that is life, and the glory of the human person. With this glory comes a duty. We are born for the City of God. The road home leads through the City of Man. So we are strangers in a strange land, yes.

But what we do here makes all the difference.

For years, I was angered by the vicious caricature of Archbishop Charles Chaput as a dour, stridently orthodox, rigid culture-warrior: a calumny that dominates certain circles of portside Catholic commentary, here and elsewhere. But I’m no longer angry at the poor souls who continue to treat Archbishop Chaput as an ideological punching bag or dismiss him as a pre–Pope Francis bishop. Rather, I feel sorry for them. If Charles Chaput does not embody the spiritual and pastoral qualities the pope says he values in bishops, no one does. Those who continue to miss that truth, here and elsewhere, are to be pitied for having failed to appreciate an admirable human being, a man of God, and a great churchman.

PrevWaugh’s Helena, Father General, and the Reality of Revelation
A New AwakeningNext