A Betrayal of John Paul II

John Paul II had a keen intuition about the dynamics of history in his native part of the world. In mid-1981, John Paul smelled trouble coming. When a young Polish intellectual named Krzysztof Michalski (in league with the Pope’s old friend and fellow-philosopher, Father Jozef Tischner) proposed creating an institute in Vienna that would provide a meeting place for scholars from both sides of the Iron Curtain, John Paul heartily endorsed the idea, wanting Polish intellectuals to have a lifeline to the West when the storm he sensed brewing finally broke – as it did in December 1981 when martial law was imposed.

With help from Cardinal Franz Koenig of Vienna, the Institute for the Human Sciences was soon established under Dr. Michalski’s leadership. In addition to its own program, IWM (as it’s known from its German initials) organized John Paul’s Castel Gandolfo summer seminars, which brought Catholics, Protestants, Jews, atheists, and agnostics together every other year to discuss philosophy, history, political theory, and literature. And while Michalski’s configuration of these meetings reflected his predominantly central European pre-occupations and contacts, the seminars remained faithful to John Paul’s original vision of an ongoing, high-level, intellectual dialogue between scholars from all over the West.

Two months after John Paul’s death, however, IWM took a turn that can only cause grave concern to those who remember its founding mission.

IWM’s most prestigious annual event is the “Jan Patocka Memorial Lecture,” named in honor of the Czech philosopher and human rights activist who died in 1977 after a brutal interrogation by the Czechoslovak secret police. On June 20, the Patocka Lecture was delivered by George Soros, the Hungarian-born financier, now a U.S. citizen. Soros took the occasion to launch a broadside indictment of the United States.

After indulging in the usual conspiracy theorizing about wicked “neoconservatives” commandeering U.S. foreign policy, and following the ritual Bush-bashing that has now become virtually obligatory in European intellectual circles, Soros lit into the American people. The United States, Mr. Soros opined, is an “open society” that does not understand what that means and doesn’t follow the principles of the open society – at least as the open society is defined in secularist terms by George Soros. In the 2004 election, “the electorate yearned for strong leadership at a time of peril and did not show great concern for the truth. The truth did not seem to matter.” But what would you expect from a country where the “critical process” has broken down; a country dominated by a “prevailing misinterpretation of reality;” a country where the citizenry wants “to be entertained, not informed;” a country in which real information is unavailable because of the “right wing ‘message machine'”?

Now if you’re thinking that all this sounds like the sourest of grapes from a man who spent tens of millions of dollars trying to defeat George Bush in 2004, you are not offending against charity (or veracity, for that matter). The question I want to raise, though, is different: What is this kind of pseudo-intellectual rubbish – which is hardly lacking in other European intellectual centers – doing at IWM? Why is George Soros allowed to dishonor the memory of Jan Patocka, a genuine truth-seeker, by indulging in falsehoods? Why is an institute founded to foster a genuine dialogue within the West mimicking the worst aspects of the corruption of European intellectual life?

That Soros is a major funder of IWM is, without question, one reason why. But the deeper reason – and sadder reason – may be that IWM has thoroughly lost its way. Surely one of the hopes of John Paul II for IWM was that it would establish the kind of intellectual space in which religiously-informed moral truths could be brought to bear on the great questions of modern society. Soros’s June lecture is but the latest demonstration that, far from advancing that conversation, IWM is becoming complicit in the effort to create a thoroughly secularized European public square – which, as it happens, is what George Soros seems to imagine an “open society” to be. It’s all very sad. It’s also a betrayal of the intellectual vision of John Paul II. 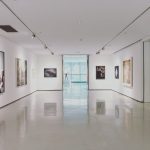 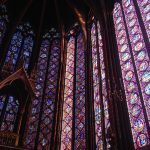