The CBS news magazine 60 Minutes prides itself on asking the hard questions that other television news vehicles are too polite, or perhaps too afraid, to ask. That tough-minded approach to an important issue wasn’t much in evidence, however, when 60 Minutes recently took on the question of whether “spare” embryos “left over” from in vitro fertilization procedures should be used for stem-cell research that would result in the embryos’ death.

During the segment, Princeton’s Robert P. George, a member of the President’s Council on Bioethics, tried to explain certain basic moral facts to Leslie Stahl. Cryogenically preserved embryos, Professor George said, “have the dignity of a human being, the way a full-grown man or woman has the dignity of a human being.” Ms. Stahl wasn’t persuaded. Referring to the embryos as “these little bunches of cells,” she asked, in some evident bewilderment, “Are you equating them [with grown men and women]?” Yes, he was, Professor George replied, because “those bunches of cells are very unique bunches of cells. Those are human beings in the earliest stages of their natural development. You were one once; I was one once.”

The editing of the segment strongly suggested that 60 Minutes preferred the approach of the University of Pennsylvania’s Dr. Arthur Caplan, an enthusiast for research that, as he put it, would destroy “embryos…that no one will ever use for any purpose whatsoever.” That, of course, is the conventional wisdom in the bioethics guild, which frequently serves as a permission-slip factory for scientists and the biotech industry. Had Ms. Stalh wanted to put Art Caplan through the typical 60 Minutes grinder, she could have asked some really tough questions:

“Dr. Caplan, isn’t it true that there isn’t a single embryonic stem-cell therapy at even the earliest stage of FDA clinical trials?”

“Dr. Caplan, why do leading stem-cell scientists tell us that, even if cures using embryonic stem-cells are forthcoming (and some reputable scientists are dubious about the prospect), those cures are decades away? And if that’s true, why has embryonic stem-cell research been so grotesquely hyped by its advocates? Doesn’t that risk a public backlash when the cures aren’t forthcoming next month, next year, or ten years from now? Hasn’t Lord Winston, Great Britain’s leading scientist in this field, warned about precisely that? Come to think of it, Dr. Caplan, didn’t you and a colleague write an op-ed piece raising similar cautions after Proposition 71 passed in California last year?”

“Dr. Caplan, why is there so little public discussion of the fact that adult stem cell therapies are being used today in treating some sixty-five diseases? Why do you think that private sector biotech firms are pouring their research dollars into adult stem-cell research and therapies? Why does it seem so important to you and your allies among scientists to direct government funds toward embryonic stem-cell research?”

“Dr. Caplan, in recent months, two of the world’s most prestigious scientific journals, Science and Nature, have published articles by researchers at Harvard and MIT, detailing major advances in obtaining ‘pluripotent’ stem-cells without killing human embryos; what do you, as an ethicist, make of that?”

“Dr. Caplan, what lessons for the debate over embryonic stem-cell research might we draw from the twentieth century’s grisly experience of medical research conducted on what the researchers regarded as ‘disposable’ human beings?”

Those are some of the really hard questions in the current stem-cell debate. When a 60 Minutes reporter asks them, and compels Art Caplan to answer them, and invites Robby George to comment on the answers, we’ll know that the program’s reputation for forcing the issues is warranted. 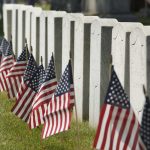 Men Such As These: A Memorial Day Reflection

The Rhythm to the American Foreign-policy Debate